A deep-seated book chronicling his personal experience in the course of his journalism calling, authored by Comrade Fidelis Egugbo, The Pointer chapel Chairman of the Nigeria Union of Journalists (NUJ), is to be publicly presented on Tuesday, October 8, 2013, at the Press Centre, Government House, Asaba.

The event billed to commence at exactly 11:00am is expected to attract the Delta State Governor, Dr. Emmanuel Uduaghan as Chief Guest of Honour and Prof Amos Agbe Utuama (SAN), Deputy Governor of the state and Chief (Sir) Benjamin Elue, former Deputy Governor, Delta State, as special guests of honour.

Former military icon and Nigeria Civil War veteran and author, Brig. General Godwin Alabi-Isama, will be the Chairman of the occasion, while the presenter of the 866-page book “MEMOIRS OF A JOURNALIST IN GOVERNMENT MEDIA” will be high-visibility national law-maker, Hon. Ndudi Elumelu, member of the House of Representatives. It will be reviewed by Barrister Jimmy Ojeh.

The book is made up of a collection of stories/reports, features and interviews written by the author over the period of his subsisting beat at the Government House, Asaba.

The book critically advances the development initiatives and policies of government, as well as the role played by individuals in national re-engineering in the course of governance.

One response to “Oct. 08: Unveiling “Memoirs Of A Journalist In Government Media” -By Fidelis Egugbo” 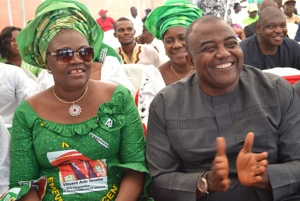