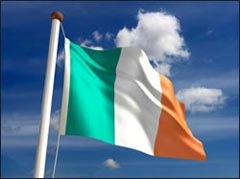 The governor of Delta State, Dr. Emmanuel Eweta Uduaghan, will on Friday, January 17, 2014 participate in a Mini Investment Summit for Delta State during which he will meet with Irish investors seeking to take advantage of the investment potentials in the oil and gas rich state.

The summit will be preceded by a Breakfast Business Meeting hosted by the Irish Minister for Trade and Development, Mr. Joe Costello, for the Governor to meet with companies who are either doing business in Africa or planning to establish there.

Uduaghan is leading a team of managers of the state’s economy to Ireland during which he will receive an International Outstanding Leadership Award by Metro Éireann, Ireland’s leading and only multi-cultural newspaper.

The summit is focusing on attracting investments to the non-oil sector under the governor’s Delta Beyond Oil initiative with emphasis on agriculture and aqua-culture, exploitation of mineral and natural deposits as well as power and energy.

Chike Ogeah, Delta State Commissioner for Information, who is also part of the delegation, said the government has put in place the mechanism for smoothening the process of registering concerns by foreign investors through the Delta State One Stop Shop for Investors (DSOSSI).

“The one stop shop is an investment facilitation mechanism where relevant government agencies are brought to one location, coordinated and streamlined to provide prompt, efficient and transparent services to investors”, Ogeah stated.

“This initiative will significantly help to increase knowledge of Nigeria and, in particular, Delta State among the international business community in Ireland as well as provide a forum for Nigerian and Irish businesspeople interested in investing in Delta State to meet with the number one citizen of the state,” said Chinedu Nnadozie Onyejelem, programme director of the events. 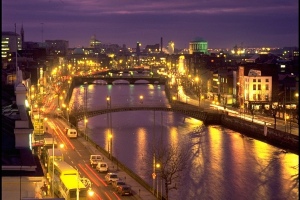 On Saturday, January 18, 2014, Governor Uduaghan will be awarded the 2013 International Outstanding Leadership Award by Metro Éireann at an exclusive ceremony in Dublin.

Governor Uduaghan has been selected as this year’s recipient in recognition of his visionary leadership and the impressive impact that his work has had on the lives of men, women and children in Delta State since he became governor in May 2007.

The impact of this programme has been seen in the development of state-of-the-art infrastructure in education, agriculture, sports and health, as well as the ongoing job creation efforts in the state through substantial investments in modern airports, industrial parks, and sea ports, Metro Éireann stated.