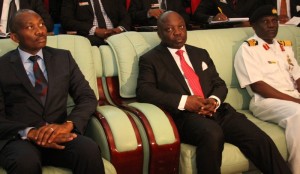 Delta State Governor, Dr. Emmanuel Uduaghan has disclosed that the State Independent Power Plant (IPP) would be commissioned by the end of the year, 2014.

He said that the Delta IPP, when commissioned by the end of the year would be privatised to ensure better management stating that “Delta State in the foreseeable future should be energy sufficient to support domestic, household demands and for industrial use”.

He also noted that the state government involvement in the Benin Electricity Distribution Company would help the supply of power to the rural areas which will improve the economy of these areas.

Continuing he disclosed that the Independent Power plant  would produce between 120 and 150 mega watts of electricity to  boost domestic and industrial use in the state. 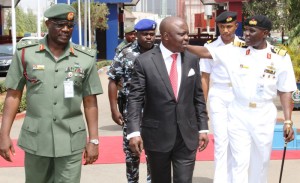 Governor Uduaghan who stated this yesterday [10-2-14] in Abuja when he  delivered a lecture titled “Leadership-My Personal Experience” to participants of Course 22 of the National Defence College, Abuja, however charged leaders in the country to be transparent, sincere and run an inclusive government, asserting that “for a leader to lead he must have strong self belief and strong internal and unshakeable values”.

He attributed the successes of his administration to a collective leadership with clear set goals and vision for a greater, peaceful and prosperous Delta State.

Uduaghan noted that rumour mongering, propaganda and destructive criticism were the worst of distractions any leader can suffer as they create internal dissension, internal rivalry and insurrection, urging leaders to sharpen their negotiation skills and strive to combat rumours with genuine facts.

He observed that most harmful rumours emanate from those closest to the leader and decried the use of social media for rumour mongering and propaganda stating that “I struggle with it everyday, it is distracting. It is destructive and it is unhelpful. It is worse because the sources sometimes are from within”

On the developmental front, the governor said the achievements of his administration were due largely to the drive to build infrastructure and promote policies that would attract business investments and create employment in all sectors of the economy.

He emphasised that the Delta Beyond Oil initiative, the focus on agriculture and the state micro credit programme were geared towards giving a sense of belonging to all deltans.

He disclosed that the state government has made giant strides in the health sector especially in maternal and under-5 healthcare, as well as kidney transplant at Delta State Teaching Hospital, Oghara among others, to boost the quality of life of the people.

The Commander of the College, Rear Admiral Patrick Ndidi Agholor commended the commitment of Governor Uduaghan to the lecture which he said has enriched them greatly.