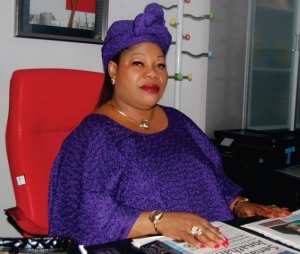 Delta Leaders have on Sunday, declared that they would not allow spent political forces to hoodwink the people into accepting them as their leaders.

Rising from a meeting in Sapele, the leaders expressed faith in Dr. Ngozi Olejeme, saying she is the only person they trust.

“Olejeme is trusted at home and respected on the national stage. She is the candidate to beat in the 2015 governorship election” the leaders said.

The leaders, whose objective is to ensure the emergence of Olejeme as governor in 2015, in a statement signed by the Chairman, Project Delta 2015, Chief Macaulay Umukoro, described the chairman of Nigeria Social Insurance Trust Fund(NSITF) as a shining example of humility and patience.

“We want a competent and acceptable governor in 2015. Olejeme is a leader with a difference” the leaders said.

The leaders, made up of politicians, former military and police officers, labour leaders and members of the private sector, stressed that Olejeme’s governorship ambition was an answer to the clarion call by well-meaning individuals, including traditional rulers, frontline politicians and professionals.

“The time is ripe for a female governor in Delta State. You can see that wherever they put a woman, she is making her marks. You can see how Olejeme and other women are performing. We expect her to chart a new direction for the state” they said.

They praised Olejeme for her obvious excellence performance in NSITF and her philanthropic endeavors.

“Olejeme is in touch with the common man. She has passion to solve the problems of others and always respect people”.

They dismissed the governorship ambition of some aspirants in the state, describing them as pretenders.

“Olejeme has succeeded in building a network of friends across the state. She is a darling of the grassroots and will definitely win the 2015 governorship election” they said.

They called on Deltans at home and abroad to rally round the NSITF boss.