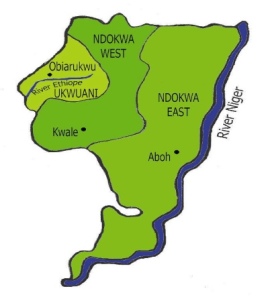 AHEAD of the 2015 general elections, the people of Ndokwa ethnic nationality in Delta State have said it will be fair for the area to produce the next Governor .

Briefing the press after a general meeting at Umutu, Ukwuani Local Government Area of Delta State, the Chairman of the Organization For Ndokwa Unity also known as Ndokwa Unite, Mr Steve Uweh said Delta is blessed with human and natural resources but with the issue of the Governorship position zoned to Delta North Senatorial District, it will be fair for an Ndokwa man or woman to emerge as the next Governor.

“In our state, there is no other ethnic group that has contested for the position more than Ndokwa people, from when we were in Bendel State and in Delta North Senatorial District, the Ika and Aniocha/Oshimili Federal Constituencies have held the position of Deputy Governors of our dear state and other sensitive positions but, our people, the Ndokwa people believes they can serve Deltans better as Governor,” Mr Uweh said.

He observed that Ndokwa land was strategically located in the state and serves as a bridge between all the ethnic nationalities in the state stating, “Ndokwa shares boundaries with the Ika and Aniocha/Oshimili Federal Constituencies, shares boundery with the people of Delta Central and Delta North Senatorial Districts, we have more oil prospecting companies in Ndokwaland than any other Federal Constituency in Delta North, the largest gas plant in West Africa is in Ndokwaland, there is an Independent Power Plant in Ndokwaland and among the oil producing communities in the world, it is a fact that Ndokwa people are the most peaceful and accomodating.”

Mr Uweh who was flanked by some members of the Executive Committee of Ndokwa Unite stated members of the group will not relent in their campaign for a peaceful election where all aspirants will not see elections as do-or-die affair and used the occasion to congratulate an Ika, Delta State-born banker, Mr Godwin Emefiele on his confirmation as the Governor of Central Bank of Nigeria.

According to Mr Uweh, the appointment of Emefiele by President Goodluck Jonathan was a good development and urged him to put his wealth of experience to bare in handling the nation’s banking sector. 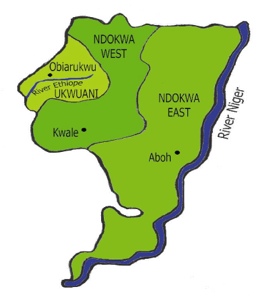