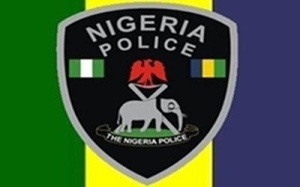 The state Commissioner of Police, Mr. Ikechukwu Aduba, gave the names of those declared wanted as Chucks, Obeji, Kelvin, Kaya Morgan and Shakara.

Aduba said they are members of “a dreadful and bloodletting gang, earlier led by Kelvin of Kokori, now on trial in Abuja and one Jonathan Ikoli, aka GSM, presently in our custody.”

According to him, the gang was responsible for the kidnap and killing of a former deputy governor of Anambra State and two others in Agbor, Delta State after collecting ransom in 2013; kidnap of the son of the Secretary to Delta State Government, SSG, in 2012 and others. 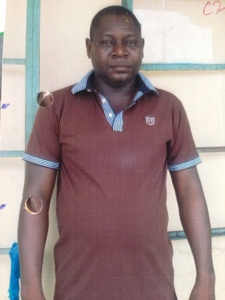 On 7/4/2014 at about 1600hrs, Operatives of Quick Response Squad (QRS) Warri arrested one Lawal Abayomi Abiodun ‘m’ of Osubi town, who has been parading himself as a Deputy Superintendent of Police (DSP) attached to QRS Warri; and has in the process defrauded many people of various sums of money under the pretext of helping them to secure approval from the Commissioner of Police, Delta State to post both conventional and mobile policemen to guard their homes and business premises.

The suspect was arrested at Ugborikoko axis Warri when he showed up to collect the sum of four hundred thousand naira (N400, 000.00) from one of the operatives who posed as a company owner. He has confessed to the crime. He also claimed to have been dismissed from the police in 2001 at Port-Harcourt. Preliminary investigation has revealed that the suspect is always dressed in mobile police uniform and even deceived his wife and landlord to believe that he is a Superintendent of Police (SP).

Items recovered from him are one pair of black safety booth and the sum of fifty-nine thousand, five hundred naira (N59, 500.00).

Meanwhile, investigation is in progress while the suspect will be charged to court thereafter.

The Command wishes to advise members of the public to be wary of such fraudsters as the police do not go out soliciting for people who need police services. 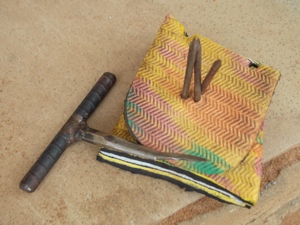 On 9/4/2014 at about 1100hrs, policemen on visibility patrol from ‘A’ Division Asaba, while on routine patrol of financial institutions in Asaba arrested one Chidi Elume ‘m’ of Uguta , Imo State while he was opening a Passat car parked along the road at Zenith Bank, by Traffic Light Asaba.

The suspect has confessed to the crime, and also disclosed that he is a member of syndicate that specializes in breaking and stealing money from vehicles parked in Bank premises in Asaba and Onitsha in Anambra state.

Items recovered from him include:

i. One locally fabricated master key

Preliminary investigation reveals that the nails are usually placed under vehicle tyres to get them punctured and prevent the vehicle owner from pursuing them after stealing.

Meanwhile, the suspect is helping the police in investigation, while concerted efforts are on to track down other members of the syndicate. The suspect will be arraigned in court at the end of investigation.

The command wishes to assure the public of its continuous war against all form of criminalities. Vehicle owners are equally advised to install security gadgets in their vehicles to prevent intruders from gaining access or tracking gadgets that can aid in recovering stolen vehicles.

On 11th April 2014 at about 08030hrs the DPO in charge Isiokolo Division received information that some armed men believed to be Kelvin’s boys were shooting indiscriminately in Kokori town.

Consequently, patrol team was swiftly mobilized to the area. The hoodlums on sighting the policemen opened fire on them and in the ensuing gun duel one of the hoodlums was gunned down while others escaped.

Item recovered from the deceased bandit is one English made barrel gun.

Meanwhile, efforts have been intensified to arrest the fleeing criminals. 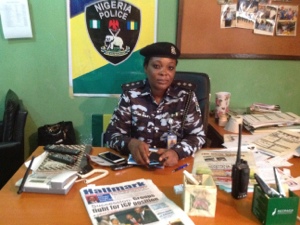