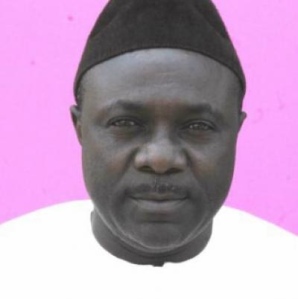 Delta State Governor, Dr. Emmanuel Uduaghan has expressed his deep condolences to the management and staff of the New Telegraph Newspaper on the unfortunate death of their Managing Editor, Mr. Suleiman Bisalla who was one of the victims of the Emab Plaza bombing last Wednesday.

Governor Uduaghan, in a press statement issued by his Chief Press Secretary, Mr. Sunny Ogefere, also commiserated with the immediate family of the deceased, the Nigeria Union of Journalists (NUJ), the Nigeria Guild of Editors (NGE) and families of other victims of the blast.

“I share in the grief of the loss of Suleiman whom I believe have distinguished himself as an accomplished, versatile and crack journalist given the stream of encomium and tributes that have poured in since his unfortunate death,” Uduaghan said.

He noted that the death of Bisalla would no doubt be a big blow to the New Telegraph, which although only debut early this year but has already carved a niche for itself in the industry.

Dr. Uduaghan observed: “While not diminishing the loss of other victims of the unfortunate blast, as one with a deep passion and love for journalists, I received the news of the death of Suleiman with great sense of loss and sadness.”

The governor urged Suleiman’s professional colleagues in the NUJ and the NGE not to be discouraged by the loss of one of their own but see it as a clarion call to join hands with the President Goodluck Jonathan’s administration fight against terror.

“I have no doubt in my mind that the raging wave of insurgency will not consume us as a nation but with the cooperation and commitment of all and sundry we will defeat this monster of terrorism,” he assured.