Delta State Governor, Dr. Emmanuel Uduaghan broke his silence on his successor with a charge on all aspirants for the gubernatorial election in the state to embark on issues-based campaigns rather than blackmail.

He charged aspirants to sell their purposeful programmes and policies to the electorate and desist from scheming on how to disqualify fellow aspirants with good intents for the state.

Governor Uduaghan who has been evasive on his likely successor noted that neither he nor any level of scheming could determine the candidate that would take over from him in 2015 but that the final choice rested in the hands of God.

Uduaghan, who spoke at an Interdenominational Thanksgiving Service held at the Cathedral Church of St. Peter’s (Anglican Communion), Asaba to mark the 23th anniversary of the creation of Delta State on Wednesday, cautioned aspirants to “stop running around trying to disqualify anybody because who God wants to give power, that He will give, whether you disqualify somebody at the screening stage and God wants that person, the person will succeed.”

The Governor recalled that in the build up to the Peoples Democratic Party (PDP) primaries in 2006, he was disqualified by a screening committee in Port Harcourt before an appeal panel cleared him to contest the polls.

“As an aspirant who wants to take over from me, tell the people what you want to do, let us have a clean electioneering campaign. Who God wants, He will put in office,” Dr Uduaghan said, stressing, “let the campaign not be about me, about whom I am supporting or who I am not supporting, let the campaign be about what you can do for the people.”

He added, “I want to thank everybody that have indicated interest to take over from me in 2015, it is not easy to make up one’s mind to contest but, know that there is only a space for one person at a time for four years.”

The Governor said the state has recorded successes and used the occasion to declare August 27 as Thanksgiving Day for Delta State.

In a motion moved by Hon. Efe Ofoburuku, member representing Uvwie Constituency and seconded by Hon. Johnson Erijo (Isoko South II) at the Delta state House of Assembly respectively, the gathering of hundreds of personalities drawn from the ruling People’s Democratic Party (PDP) unanimously adopted Obu as their sole aspirant. 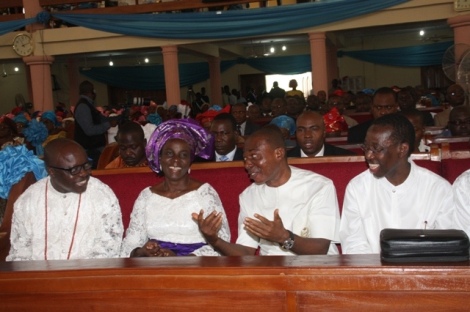 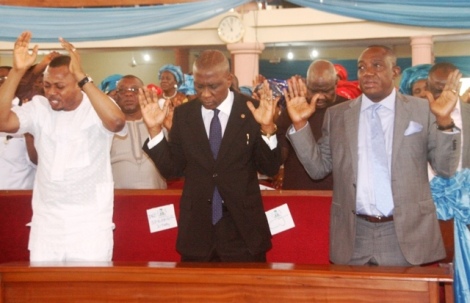