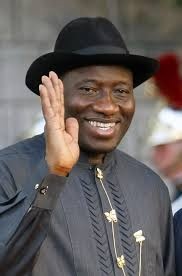 The All Progressives Grand Alliance (APGA) has thrown its weight behind the ruling Peoples Democratic Party (PDP), with a consensus plot to ensure that President Goodluck Jonathan is re-elected in 2015.

Speaking at a rally held at the Ekwueme Square in Awka and organised to mobilise support for the President ahead of 2015 presidential polls, APGA Chairman, Victor Umeh announced that it was the consensus of all the National Executive Council members of the party to endorse Jonathan.

According to him, all the 21 local council chairmen and 318 councillors in the state are also in support of the call for Jonathan’s re-election

“He needs to be re-elected for another four years.

“We have seen his striking humility and calmness in dealing with the affairs of the country,” he said.

Also, Anambra State Governor Willie Obiano, said the party having adopted Jonathan would only field candidates for other elective positions.

While revealing that the National Chairman of APGA, Victor Umeh has an automatic ticket to run for the Anambra Central Senatorial District seat, Governor Obinao said other aspirants would have to go through the regular primaries.

On his part, the Director-General of Join Jonathan Journey, Ben Oranusi, said, “Jonathan is a good brand. The base for JJJ is the Igbo race.

“We do not claim to have the entire nation but will carry our campaigns to other states of the federation.”

Others who spoke at the rally were a former Senate President, Ken Nnamani; former Minister of Women Affairs, Josephine Anenih, among others.

It could also be recalled that Governor Emmanuel Uduaghan of Delta state has insisted during the Transformation Ambassadors of Nigeria (TAN) South South Rally In Port Harcourt, that the President Jonathan must be supported, having been endorsed to seek re-election, come 2015.