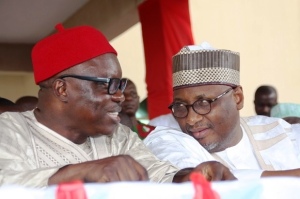 Governor Uduaghan made the declaration in Asaba on Wednesday when the National Chairman of the Peoples Democratic Party (PDP), Alhaji Adamu Muazu commissioned an ultra modern party Secretariat in Asaba and also presented flags to PDP chairmanship candidates for the October 25 local government election in the state.

Dr. Uduaghan assured the PDP national chairman that Delta was strongly behind President Jonathan’s administration and was in full support of the National Executive Council’s (NEC) decision to adopt him as the party’s sole candidate.

Muazu on his part commended the governor for building a strong party in the state, assuring the people that with PDP remaining in power, their future was secured.

According to the PDP Chairman, the magnificent secretariat was an evident demonstration and commitment of the government and people of Delta State towards the success of the PDP.

“PDP is the only political party that can enhance your today and secure your future,” Alhaji Muazu said, adding, “I congratulate Governor Uduaghan, Chairman, Nwaoboshi and all those who contributed to the building of this secretariat, it is a sign of your love and commitment to the PDP.

“We know that Delta is PDP and PDP is Delta, the two are inseparable,” reiterating, “today is a very significant day in the life of the PDP in Delta State.”

Alhaji Muazu who also presented PDP flags to the Chairmanship candidates of the party in the forthcoming local government election in the state, expressed confidence in the ability of the party to win in the elections.

“By the grace of God we will win one hundred per cent in the local government elections,” he said.

Chief Nwaoboshi in a welcome address, said, “Mr National Chairman, we dare to state unequivocally, that Delta State PDP family is one of the most cohesive, proactive, united and ever ready to win any election in PDP states in Nigeria because of the all inclusive leadership philosophy engineered by His Excellency, Dr Eweta Uduaghan (CON).

“This office complex is made up of two floors of four wings, it has fourteen office suites of three rooms each, it has additional 16 single rooms, with 24 toilet conveniences for males and females.”

The secretariat he stressed “has an ‘amphi theater’ or conference room that can comfortably seat 2000 people; it has a big two bedroom security post with in-built kitchen facilities and a detached, additional 12 toilet conveniences,” he said, adding, “this office is fully furnished with air conditioners, television sets and an 100 kva generating set installed to serve the complex.” 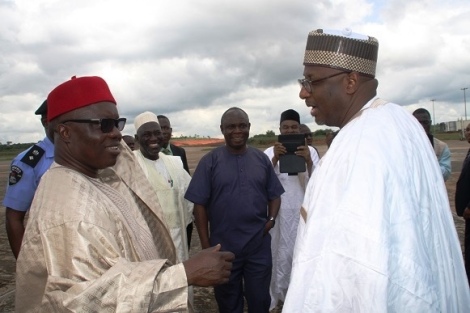 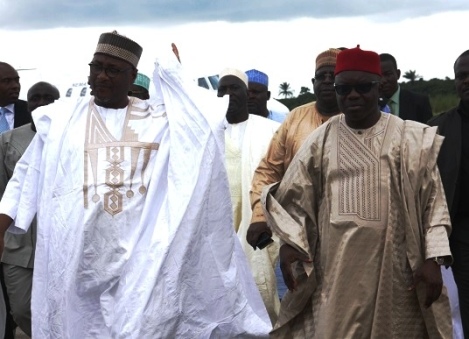 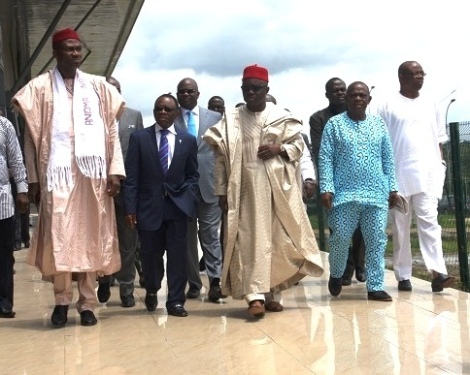 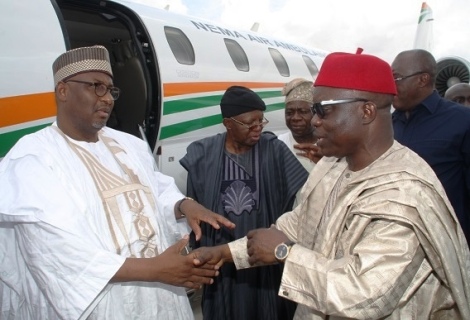 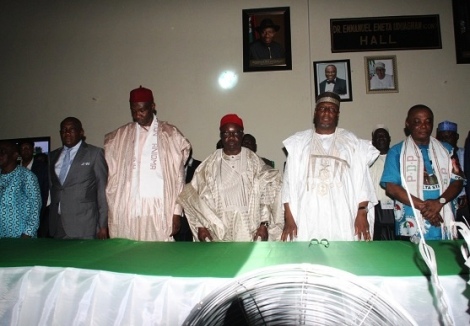 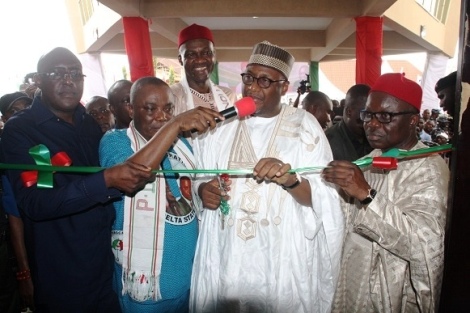 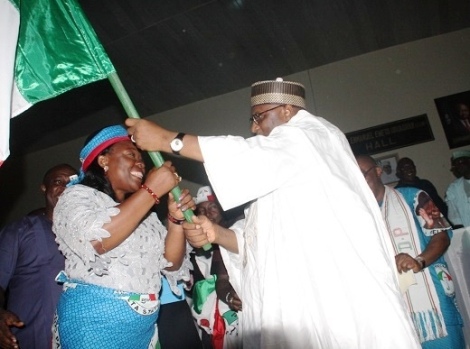