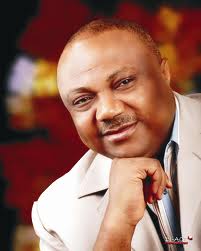 The governorship candidate of Labour Party (LP) in Delta state, Chief Great Ovedje Ogboru has raised fears over the failure of the Independent National Electoral Commission (INEC) to conduct mock polls to test-run its equipments, ahead of the forthcoming general elections.

Ogboru, who is making his third attempt at clinching the Delta state governorship seat, spoke at an interactive session with media practitioners in Asaba, Delta state capital on Sunday, February 08, 2015.

He expressed concern over past failures by the electoral body in perfecting the use of its electoral tools and called for an urgent pilot test of equipments, especially the Card Reader, meant for the polls, under strict election conditions.

“Six-weeks postponement of the polls is enough opportunity for INEC to do a text-run in at least two local governments in a state to determine the effectiveness of its equipment under election conditions.”

He emphasised that a test-run of the equipment, especially the use of the Card Reader would further give confidence to the Nigerian electorates and the wider society, stressing the need for uniformity in the conduct of the forthcoming polls.

“There is the need for INEC to do a test-run of its electoral equipment on a sample population that is reflective of the Nigerian state. Until we have the text-run, it is very doubtful that INEC is ready and it amounts to gambling with the entire electoral process.

“If we must have a credible election, the electoral exercise has to be uniform and standards must be the same everywhere. There is the need to take due diligence and proper measures to ensure that the machines work”, he insisted.

Speaking on the recent postponement of the elections by the Chairman of INEC, Prof. Atahiru Jega, over security issues, the Labour Party (LP) candidate tasked Nigerians to work with the security advice since no free and fair elections are obtained anywhere there is national insecurity. 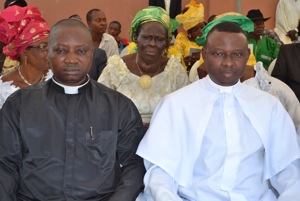