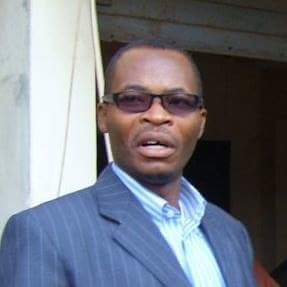 The One Day Symposium/Seminar tagged “Policies of Prosperity in Support of the S.M.A.R.T Agenda” has held at Government House Annex, Warri with the Delta state government pledging to ensure the sustainability of the communication mechanism propounded by Barr. Eugene Uzum, Senior Special Assistant to the Governor on Orientation and Social Development to bridge the gap between the people and government.

The Seminar which was to X-Ray Governor Ifeanyi Okowa administration’s policies and the gains of its implementation to Deltans attracted a large turnout of Deltans, cut across ethnic nationalities, political support groups, women, youths and students who were engaged in an interactive session with policy makers.

The state Governor, Senator Dr. Ifeanyi Okowa, who was represented by the Chief of Staff, Senator Tam Brisibe who lauded the proactive efforts of Barr. Uzum for keeping Deltans abreast with the people oriented policy agenda of the state government, adding that the SMART agenda is not for government but for Deltans.

While reflecting on the seeming doubts earlier expressed by a section of Deltans during the electioneering campaigns, he stressed that the people have become witnesses of the ongoing entrepreneural and infrastructure development across the state, especially in areas of vocatonal and technical education, as well as various empowerment schemes.

He further assured that Government has plans to review the micro credit scheme for better deals for women and youths in the state, just as he appealed to Deltans to have a better understanding of government policies, programmes and objectives.

Also, the Senior Political Adviser to the Governor, Chief Festus Ochonogor, said the programme is in line with the government principle of prosperity for all Deltans, saying that the state government has initiated plans to sustain the communication mechanism to bridge all communication gaps between the people and government

In a lecture delivered by Mr. Sunny Onuesoke, who was represented by Ms. Igho Pearl Patience, he described education as imperative for sustainable national development, hence the need for the speedy implementation of policies on education by governments.

He therefore commended the Senator Ifeanyi Okowa administration fro putting measures in place to reform the education sector for the benefit of all Deltans.

On his part, Dr. Friday Awhor, Senior Lecturer a the Delta State University (DELSU) and former Deputy Vice Chancellor at the University of Lagos (UNILAG) while speaking on the objectives of wealth creation explained that the Delta state government’s ongoing exercise to train more than 48,000 job creators would further boost the state economy and reduce total dependence on government white-collar jobs.

Earlier in his welcome address and lecture, Barr. Eugene Uzum, Senior Special Assistant on Orientation and Social Development (SSA-OSD) who reeled out the various programmes of the state government, assured that his office is determined to issue adequate enlightenment and orientation to Deltans on the workings of government.

The well attended seminar was organized by Force Movement, Hash Harris International, in collaboration with the Office of the Senior Special Assistant to the Governor on Orientation and Social Development (SSA-OSD) and other allied groups in Delta state witnessed a road walk and interactive session between participants and representatives of government.