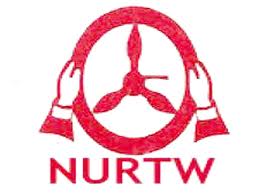 CHIEF Ifeanyi Obi, Chairman of the Delta State Council of National Union of Road Transport Workers (NURTW) believes that a peaceful, united labour union is very vital to the progress of the society. As a labour leader, he has always tried to run an open-door policy, applying democratic norms to problem-solving.

He was recently endorsed by majority of the union members to run for a second term unopposed as Chairman of the drivers’ union in Delta State, but he has his fears. To him, with the expiration of his tenure, the National Executive Council of the union had said, there must be elections in Delta State.

Chief Obi in a recent chat, said some members of the union backed by powerful forces outside the union have formed the habit of causing disaffection and they have also sponsored several visits to their national headquarters in Abuja all in a bid to cause crisis in the union but, maturity has prevailed.

Though, more than thirty-five branches of the union in the state have signed a confidence vote on Chief Obi’s led executive, calling for continuity, Chief Obi said that having an election would not only give room for people to express their desires to contest in the elections, but would ensure democratic and transparent process of emergence of leaders for the union.

“We have implicit confidence in his leadership style which has advanced and brought tremendous benefits to our beloved union since he became state chairman, we hereby pass a vote of confidence on Comrade (Chief) Ifeanyi Obi, the able chairman of the Delta State Council of NURTW. Comrade Obi’s relationship with the government, Nigeria Labour Congress, security agencies, the media and other relevant agencies is very robust and cordial and we have approached and convinced him to seek a second term in office.”

While praying for God to continue guiding Comrade Obi in steering the activities of the drivers’ union in the state, they assured him of their continual support for a peaceful and progressive union.

The NURTW is a critical union to the stability of the economy of Delta State . The role they play which is majorly movement of goods and people from one place to another, facilitates commerce and boost other business venture.

To Chief Obi, “since I came on board as the Chairman of the NURTW, we have never gone on strike because we know that we must be partner to any government in power. Though, I was not the Chairman of the union when a great Deltan, Chief James Ibori was in government, I was a member of that executive council and we all supported Chief (Comrade) Emmanuel Akponekwe to succeed and we worked very well with Chief Ibori who is our leader. He gave the union some busses. During the time of Governor Emmanuel Uduaghan, we also worked peacefully with him. Though, we had problems in Agbor as two of our members, Comrades Dennis Araro and Amaechi Igumbor were fighting for supremacy. For peace to reign, we had several meetings with them and at the end, the branch was divided.”

“Agbor was the only challenging area in our union until Dennis and Amaechi were removed. But, we accommodated them at the state executive council because they are part of us, unfortunately, the last crisis that rocked Agbor was linked to them. What happened at Uvwie was challenging as their former Chairman, Comrade Ariyo during the tenure of Governor Uduaghan was having issues with his members and despite efforts for the state council to intervene he resorted to using outside help. It was sad that when our brother, our friend, Senator Ifeanyi Okowa became Governor that the crisis in Uvwie erupted but as I am talking with you, the place is peaceful and the union in every part of the state is peaceful, we are one family.”

On the relationship with Governor Okowa’s administration, Chief Obi said, “I have my personal relationship with Governor Okowa, even before Chief Ibori became Governor, we thank God that today, he is our Governor. As a Union, we will always partner with government in place and Governor Okowa can go to sleep because his people, committed Deltans who believe in peace are in the national union, we know that he means well for Deltans, he is experienced and once the rains are over, we will feel his impact more because those things he is doing now is to remove hunger from the land and make the people wealthier.”

Chief Obi’s tenure as Chairman of NURTW can be described as a tenure when most of the members of the union became prosperous and peaceful. Generally, his tenure can be scored very high.

One cannot confirm if Chief Obi will have opposition during the elections bearing in mind that majority of the chairmen and secretaries of the drivers’ union wants him to complete his second term in office but, nobody toys with elections especially, with allegations of outside influence. In all, Deltans will want a peaceful elections because crisis of any kind will do nobody any good.