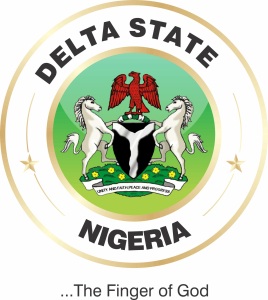 Delta State Government has released an in-depth analysis of how the bail out funds from the federal government for the settlement of arrears of workers’ salaries and emoluments were effectively used.

Although it expressed dismay over claims made by certain newspaper publications on “How States spent Their Bail-out Funds”, the state government insisted that the newspaper reports were based on a stale update.

A comprehensive analysis carried out by the Independent Corrupt Practices and Related Offences Commission (ICPC) in conjunction with the Nigeria Labour Congress (NLC), however absolved Delta state of any complicity, having complied with the directives of the Federal Government by providing succour for the workers.

A statement signed by the Delta state Commissioner for Information, Mr. Patrick Ukah and made available to Blank NEWS Online therefore reads:

“The attention of Delta State Government has been drawn to a news report published on pages three and nine of the Nation Newspaper of Saturday “April 23, 2016 edition titled: “How States spent Their Bail-out Funds”. We thereby wish to state, as follows;

2. Following the monitoring of the utilization of funds by the Independent Corrupt Practices And Other Related Offences Commission(ICPC), the state received a letter dated 12/10/2015 with a questionnaire attached requesting for details of funds utilized. In the response to the ICPC dated 15/10/2015, the state declared that the sum of N8,129,888,279.86 was expended with a balance of N2,806,911,019.50.

4. It is pertinent to note that since January, 2016, the state has not received any request of update on the position of the disbursement of funds from the ICPC.

5. It is therefore necessary to state that the aforementioned newspaper report was based on a stale update.”

Blank NEWS Online reveals that a breakdown of the ICPC analysis indicates that out of the 27 states that applied for the fund, only 23 had been paid by the Central Bank of Nigeria as at the end of December 2015.