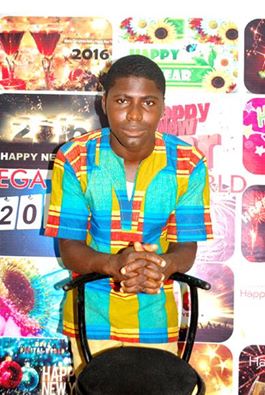 Isaiah Oghenevwegba Ogedegbe (born June 14, 1991), commonly referred to as Prophet I. O. Ogedegbe is a Nigerian pastor and prophet. He is from Oghara-Iyede in the Isoko North Local Government Area of Delta State in Nigeria, an Isoko and Urhobo by birth.
According to a report on http://www.warritimes.wordpress.com Prophet Ogedengbe predicted on the 27th December 2013 that, “also in 2014, a very big building will collapse in Nigeria and dead bodies will be dug out of shattered blocks.” It happened eight months later on the 12th September 2014 when a guesthouse collapsed in the SCOAN’s premises in Lagos.
Since then, his name struck a gong to the whole world as a result of that prophecy which proved accurate.
Pastor Isaiah Ogedegbe recalled: “The Almighty God did tell me 10 things that would happen in 2014 when I was seeking His face for three days (2nd July, 2013-4th July, 2013). I was 22 years old then because I was born prematurely on 14th June 1991 in Warri.
“As a youth, I desired to hear the words of God from God Himself. During those three days of prayer and fasting, I heard God speaking to me and I wrote down His words which were later published online in December 2013.
“One of the 10 things that God told me would happen in 2014 was the collapse of a very big building in Nigeria resulting in deaths. It happened just as God had told me. It happened for a reason, but only God knows why.
“Why me of all prophets? God can use anybody. I never knew God was going to use me.”
Isaiah completed his primary education course from 1997 to 2003 at Caveginia Primary School. He attended Dore Numa College between 2003 and 2008. In 2008 he was the president of the Scripture Union.
His senior pastor is Pastor Samuel Ojegbe. Pastor Isaiah Ogedegbe is the assistant pastor of Temple of Light and Miracles Ministries located at 4 Skinn Road, Warri.
NB – Pastor Isaiah Oghenevwegba Ogedegbe of http://www.warritimes.wordpress.com is the Editor, Warri Times. Please contact him on phone: 08134836494 or +2348134836494.
***Read Blank NEWS Online for regular news updates…Also like us on Facebook & follow us on Twitter @blanknewsonlin1

One response to “PROPHESY: How I Predicted The 2014 Synagogue Church Building Collapse – Prophet I. O. Ogedegbe”