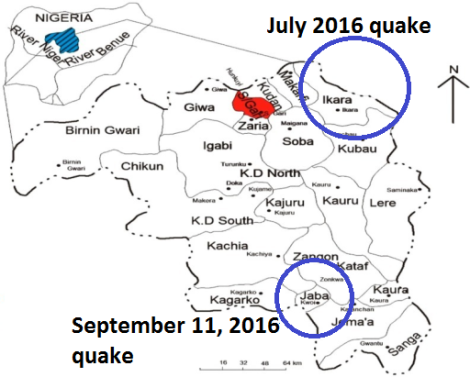 Residents of Sambang Dagi in Jaba Local Government of Kaduna State witnessed another earth tremor in the early hours of Monday, September 12, 2016, barely 24-hours after the first tremor was reported at Nok village about 20km away from Sambang, on Sunday, September 11, 2016.

The first incident, which occurred at about 1p.m on Sunday, shook the community and created some panic among the people while the second vibration occurred around 4a.m Monday, leaving shocked residents scampering for safety.

No casualty figure has been reported, just as the Kaduna state government said it had notified the geological and emergency agencies of the incident.

On Sunday, September 11, 2016, a series of earth tremors and loud sounds were reported in Kwoi, headquarters of Jaba local government area in the Southern Kaduna region in Kaduna State, northwestern Nigeria.

A source, Joshua Byang, said the the earth in the area shook six times starting at 10:32 a.m. on Sunday.

There have been anxiety in the town, which is close to Nok village which houses several artifacts associated with the famous Nok civilization.

Recall that a similar earth tremor had hit Kaduna in July, this year. It woke sleeping residents at about 10:43pm.

The recent tremors have provided a rude awakening of sorts. One of those whose houses were affected by the quake who simply identified himself as Sani described the incident as traumatic. He said the heavy sound that accompanied the quake was heard in all the neighbouring settlements.

“Actually, I have never witnessed something like that. When the quake started, my entire house was shaking. I thought that the world had come to an end. It is indeed something that one has to keep reflecting on because it is only Allah that is capable of shaking the earth like that,” Sani said.

Sani added: “Another thing that made many of us to vacate our houses was that the quake reoccurred after about seven days. On the two occasions, the quake occurred in the night.”

On associating the quake to sins committed in Ikara, he agreed that Allah uses such incidents to serve as warning. 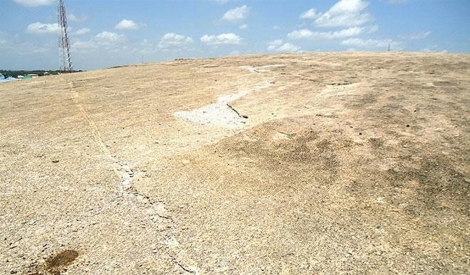 A crack on the rock, caused by the tremor

Earthquake in Kaduna This Year July –

Having manifested largely on a massive rock and affecting nearby houses, some witnesses described it as having been a thunderous noise which sounded like a bomb blast. It woke sleeping residents at about 10:43pm.

The tremor caused cracks on three different spots on the large rock, located at Hayin Magina of the area. Aside that, many houses were affected, with visible cracks on their walls and other areas.

It was observed that some houses in the area were deserted, as the occupants were said to have left out of fear. The remaining inhabitants, also, are visibly shaken and are still trembling from the experience.

Malam Mustapha Musa is a resident of Hayin Magina, whose carpentry workshop was closed in wake of the quake. … It’s nothing but a warning from Allah, the most high. …

Mustapha added: “Allah is tired with what is happening in Ikara. Apart from the rape of innocent boys, there are many criminal activities taking place here. Most of the perpetrators are known, but it is like they are above the law.” 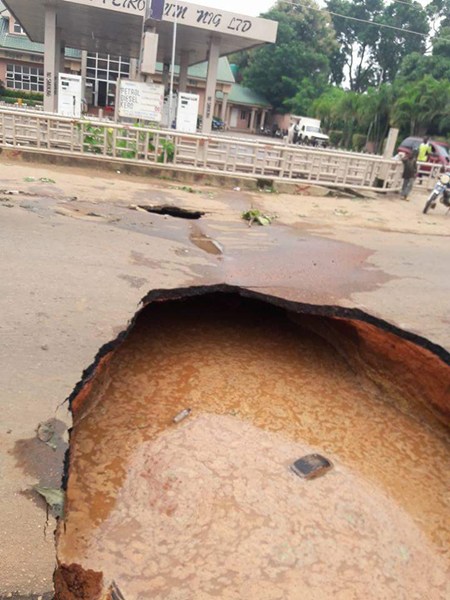 A road affected b the quake

Earlier, on Sunday, September 11, 2016, the Kaduna State government had in a press statement, urged residents of the affected communities to remain calm.

The government said in a statement signed by Samuel Aruwan, Special Assistant on Media and Publicity to Governor Nasir El-Rufai, that it had made a formal report to the appropriate authorities to investigate the development.

The statement said Mr. El-Rufai, had notified the geological and emergency agencies of the incident.

“The governor sympathises with the people in the Kwoi area over the reported earth tremor,” the statement said.

“He has directed the State Emergency Management Agency (SEMA) to mobilise to the area and comfort the citizens.

“The National Geological Agency has also been notified, and has been invited to investigate the tremor in the Kwoi area and provide appropriate guidance.

“The Kaduna State Government is receiving updates from the area and relevant government agencies have been directed to take steps to comfort the residents and to assuage their unease as they come to terms with an unusual event.

“The Kaduna State Government wishes to appeal for calm, and urges everyone not to spread unverified information, or create panic,” the statement said. 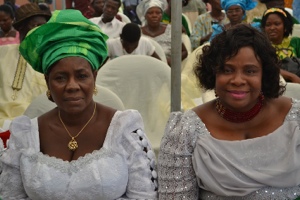