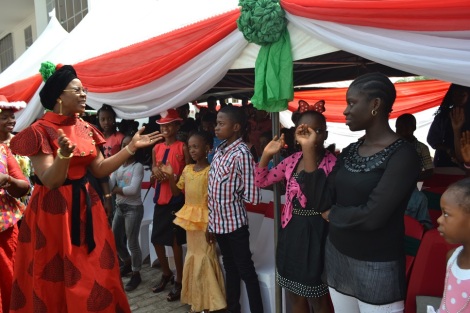 Edith Okowa, wife of the Governor of Delta State/Founder 05 initiative (left) felicitating with the children during the 2016 Christmas children party organized by 05 Initiative in Government House Asaba

It was fun, pomp and pageantry on Wednesday, December 21, 2016 as Dame Edith Okowa, wife to the Governor of Delta State and founder of 05 Initiative hosted a cross-section of Delta children from the 25 local government areas of the state to an exciting Children’s Christmas Party at Government House, Asaba.

The event which was heralded by a lot of activities lined up for the large number of Delta children, featured dancing competition, kiddies games, quizzes and lots more, carefully coordinated by Aunty Ella, who was accompanied by Spider man, Mickey Mouse, and Father Christmas amidst glamour.

In her speech, the First Lady, appealed to parents and guardians, especially mothers and care givers to continually teach their children and wards Godly principles and bring them closer to God, saying that “Mothers should bring up their children in the ways of the Lord, because God will ask you questions on how you trained your children on the last day.”

“As we celebrate Christmas, let us remember that Jesus Christ is the reason for the season, He is the solution to every situation”, she added.

Dame Okowa, who however acknowledged the current national economic recession thanked God for his faithfulness upon Deltans, as she said that Delta State has continued to move ahead, despite the economic downturn.

While expressing optimism that 2017 is going to be a good year because so many things will change for good, the 05 Initiative founder further assured Deltans that 2017 will yield more positive tidings if they truly dedicate themselves to God and give adequate support to the less privileged ones in the society.

“What God desires from us is to do His will, life is not about what we are, it’s about how many lives we have touched, if you have not done that, there is still time for you, this is the season to remember the less privileged people.”

Earlier in her exaltation, the Director-General, 05 Initiative, Mrs. Kevwe Agas reminded the children of the need to do away with sinful tendencies and habits, which according to her, negates the exemplary principles of Jesus Christ which could also hinder God’s good intentions for mankind.

The children who adorned themselves in various colourful Christmas outfits were later led to a temporary kiddies games village at the Government House complex, where they had ecstatic and memorable fun-filled pleasure.

Some of the children who spoke to Blank NEWS Online expressed delight at the cosy reception accorded them and the celebration with the Delta state First Lady, Dame Edith Okowa, whom they tagged “Our Mother.”

Highpoint of the glamorous event was the cutting of the Christmas cake by the governor’s wife with the children, members of 05 team, wives of political appointees, among others, and distribution of food, drinks and gift items to all children. 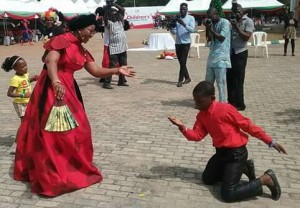 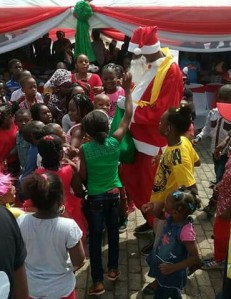 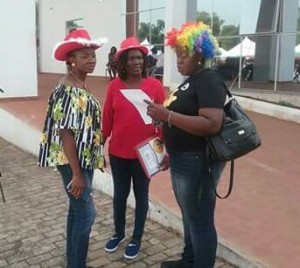 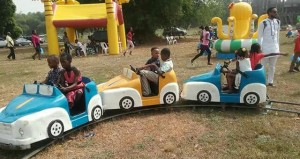 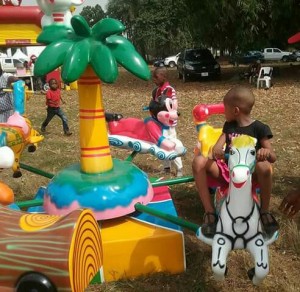 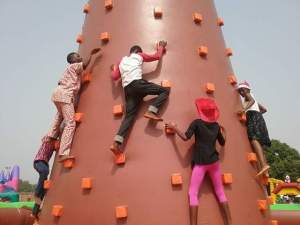 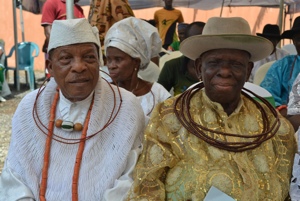 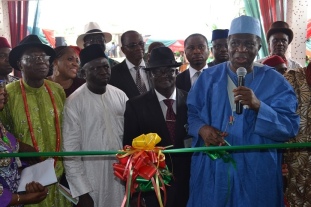