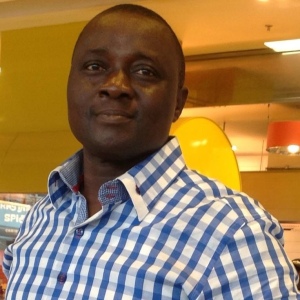 The Delta State Council of the Nigeria Union of Journalists (NUJ), like many other trade unions in the country, has suffered(and still suffering) the debilitating impact of leadership tussle and unbecoming conducts of some of its members in the state.

From the relatively stable tenure of the pioneer chairman of the union in the state, Comrade Ovuozourie Macaulay, through that of Norbert Onwuegbuzie, down to the turbulent days of Bernard Okpu, then the interregnum of Uche Aboh, up to the days of Edward Akpati Ogude when the union and its leadership were dragged to court, and yet another interregnum of Ben Ogbogo, down to the lack-lustre days of Osita Biose, during which the union, united for once, put up a concerted fight to reclaim its stolen expansive land from some politicians to no avail, up to these last moments of the present second tenure of Norbert Chiazor, the Delta State Council of the NUJ and its members as a body can be likened to a pathetic house of horror, inhabited by goblins, paranoiac and fiendish beings; better still, a brewing cauldron of insidious controversies.

Not only has unbridled leadership tussle dwindled the fortune of the union in the state, but some members of the public, particularly among the political class and the affluent who are directly affected by their daily contact with some journalists, are still wondering whether unethical conducts, unedifying showmanship, strange affectation, intrigues against fellow practitioners, plagiarism and the plethora of rampaging fiendish hustlers of pecuniary and material gratification as practitioners are the peculiar traits of the Journalism profession in Nigeria. Yes, is it also true that in Nigeria, nay, Delta State, the rudimentary qualification for anybody to parade himself as a journalist without any reprimand from the NUJ is simply the ability to speak and write fairly well in the language the public understand and a possession of mere elementary certificate in Journalism? But the general public expects journalists on the average to be noticeably higher in quality and moral standard if Journalism, indeed the Fourth Estate of the Realm, is to continue to act as the unmovable beacon of agenda setting in the society?

In particular, Comrade Macaulay, who rose through the zenith of the leadership of the Nigerian Labour Congress(NLC) in the state to be appointed the Secretary to the Delta State Government(SSG), after a double stint as a civil commissioner, in between which he had a brief spell as the Chief of Staff in the Government House, was so exasperated by the unbecoming and irritating attitudinal incongruous of some practising journalists in the state that he had to make repeated passionate calls to the ineffectual and passive leadership of the NUJ in the state to immediately shore up the image of the union by instilling ethical and professional discipline as well as nurturing the fading but binding spirit of love among journalists in the state. He wondered what had become of the camaraderie that existed among journalists during his days as a practising journalist in the state.

While most members of the union have been uncontrollably parading themselves publicly in various demeaning comedies of manners, in a most alarming display of unethical, beggarly and unprofessional conducts, some of its leaders from its inceptions in the state have been brazenly showcasing uncanning propensity for high-handedness, managerial ineptitude, profligacy, rapacity, low integrity, corrupt tendencies, selfish proclivities, feebleness, divide-and-rule machinations and many other cancerous vices; all of which have horrifyingly combined in creating an unfavourable weather, militating against the actualization of the legitimate aspirational pursuits of most of the members and the collective growth of the union in the state.

Even the present leadership of the union in the state is not unaware of the deteriorating image of the union. A recent statement from the state council of the NUJ disclosed that ‘’the union had been inundated… with complaints of false and mischievous reports by some journalists, saying they were not only inimical to the growth and development of the state and the nation but also an embarrassment to the Journalism profession’’ , even as it feebly threatened that ‘’the Union would henceforth evoke the relevant provisions of the NUJ Constitution on erring journalists who had the proclivity to bring the image of the profession to disrepute.’’ The burning question, however, is: how come that no erring journalist, so far, has been sanctioned in the state?

It is against this bleak backdrop, therefore, that one as keen and concerned observer of events in the union needs sound a modest note of caution for the present leadership of the union in the state as its life span is about to wind up and necessary moves being frantically made towards ushering in a new leadership through a credible election. Considering the fact that amidst some avoidable controversies and draw-backs, the relatively stable two-term tenure, led by Chiazor has so far been able to record some commendable achievements in the union, such as the sponsoring of the training of some journalists through the state government financial backing in London, ensuring the payment of the heart-warming Weigh-In-Allowances for journalists working in the state civil service and, most importantly, keeping tenaciously and actualising the promise to build a press centre of the union in the state capital, efforts should be determinedly geared towards the consolidation of these gains through the next leadership of the union which should be a formidable team of men and women journalists of high pedigree, integrity and moral standing in not only the union but in the public generally.

This is only possible through a credible election. Yes, the crux of the matter, for now, is organising a free and fair election by the NUJ in Delta State. Let it be known that elections are not necessarily rigged on the days of the elections; they are most times cleverly rigged long before the elections proper through clandestine stratagem by those who are interested in the outcome of such elections. The recent unfortunate caricature of election in a chapel of the union in the state where a pervading apathy, ennui and palpable fear of the presence of a marauding electioneering manipulative mafia in the chapel led to a panic withdrawal from participation and contesting for any position in the chapel by most members of the chapel, thereby allowing an unpopular candidate to emerge the winner by default is a manifestation of how an election could be hijacked brazenly and desperately by uncompromising stakeholders who are bent at all costs on having their ways.The reason, most times, for their iron cast posture may be either to ensure a continuation of their nefarious acts against the generality of members of the union with impunity or simply to perpetually cover up some offensive hidden skeletons in their closets, using the elective leadership position as a shield against the glare of other suspicious members. The reason could be both.

Such a condemnable sham election, capable of hauling the union into its darkest past in the state should be abhorred and stunned completely at all costs while conducting the on-coming council election in the state. In fact, a boisterous chick that would grow into a full-blown cock is known the very day it is hatched. The pedigree and quality of the individual members that would constitute the credential screening committee that would midwife the next leadership of the union through the on-coming election at the state council would, no doubt, serve as a reflective measure of what the results of the election would be. It should also send the right signal as a manifestation of the genuine intention and readiness of the Chiazor-led administration to organise a credible, fair and enduring election of the NUJ in the state council.

It is gratifying for one to serve conscientiously and to honouarbly bow out at the right time. It is also true that a good leader is mostly remembered, honoured and respected, if not deified, by the people when he does not surreptitiously attempt to perpetuate his stay in an elective position. No matter how attractive the position radiates and how indispensable he appears, he should not elongate his stay against the popular will of the followers, either by sitting tight or through the installation of any of his stooges, who are known to have been his protégées.

Niccolo Machiavelli in his classic, The Prince, very succinctly and conclusively encapsulates the futility inherent in bad leadership in that ‘’it cannot be called prowess to kill fellow citizens, to betray friends, to be treacherous, pitiless, irreligious. These ways can win a Prince Power but not glory.’’

*Johnson Ebigide is an Information Officer with the state Ministry of Information, Asaba, Delta State.