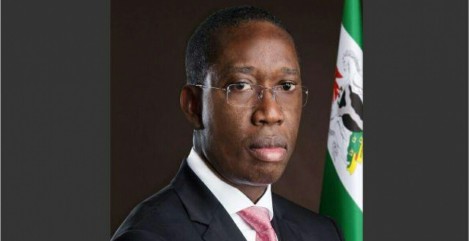 Schools in Delta state have remained shut since Thursday, March 09, 2017 when the Nigeria Union of Teachers (NUT), Delta state chapter embarked on an indefinite strike action after accusing the Governor Ifeanyi Okowa led administration of deliberately ignoring the welfare of both Secondary and Primary school teachers in the state.

But a statement of the governor, issued by the Director of Information, Mr. Paul Osahor on Saturday, March 18 and made available to Blank NEWS Online seems to be in a reverse order, despite the myriad of claims by the aggrieved teachers.

The blunt statement which is like a sledge hammer reads:

“It is hereby announced for the information of the general public, particularly Deltans, that His Excellency, Senator Dr. Ifeanyi Okowa, Governor of Delta State, has directed Teachers and Principals of Public Secondary Schools in the state to resume normal classes with effect from Monday, March 20, 2017, without fail.

“It will be recalled that at the enlarged meeting between the State Government and Labour Unions chaired by the Governor, His Excellency, Senator Dr. Ifeanyi Okowa, it was evident that the State Government had met all its salary obligations to public servants (inclusive of Teachers in Secondary Schools and Technical Colleges employed under the Post Primary Education Board).

“The continued “sympathy” strike by Secondary School Teachers, in the state, in solidarity with their Primary School counterparts is quite unreasonable and uncalled for as matters concerning Promotions and Inter Cadre Transfers, have been approved and implemented by the State Government, through the Post Primary Education Board. This is in line with Government avowed commitment to the welfare of Teachers in the State.

“This ill-timed and ill-conceived strike action is particularly worrisome, considering the fact that the West African Senior School Certificate Examination (SSCE) will commence on Monday, March 20, 2017.

“All Secondary School Students in the State are by this announcement, enjoined to resume normal school activities on Monday, March 20, 2017. Chief Inspectors of Education (CIEs) and Heads of Zonal Offices of the State Post Primary Education Board are to ensure strict compliance with the State Governor’s directive. School Principals are to keep daily records of staff attendance and transmit same to the Post Primary Education Board Zonal Offices.”

Meanwhile, the state Chairman of the Nigeria Union of Teachers (NUT), Comrade Jonathan Jemirieyigbe is yet to react to the new directive of the state governor.