A member of the National Electoral Committee of the Peoples Democratic Party (PDP), Bashorun (Hon.) Askia Ogieh, FCNA, CrFA, has congratulated the newly elected PDP National Working Committee, led by Prince Uche Secondus on their resounding victory at the just concluded national convention of the party.

The party chieftain, who was member of the National Electoral Committee that conducted the party’s national delegate election, also lauded the efforts of the Delta State Governor and Chairman of the PDP National Convention Planning Committee, Senator Ifeanyi Okowa, for organising a globally accepted, hitch-free and most successful political party convention.

Bashorun Askia Ogieh, who said the progress made so far by the PDP has endeared many Nigerians to the party, as a result of its people oriented policies, hailed the courage of the outgoing National Caretaker Committee led by Sen. Ahmed Makarfi, and the historical return of former Nigeria’s Vice President, Alhaji Atiku Abubakar, saying it is a new dawn for the emancipation of all Nigerians from the gulag of the All Progressive Congress (APC).

He urged all PDP faithful to support Prince Secondus’ vision and mandate to rebuild, re-position and regain the party’s place of pride, as well as to return PDP to power in 2019 by sustaining the existing unity and coherence in the party.

The PDP chieftain further commended other aspirants who contested during the national delegates elective congress for believing in the party by openly accepting the victory of the newly elected National Chairman, Prince Uche Secondus and the entire outcome of the convention, adding that “victory for one is victory for all because we all have a common goal in PDP.” 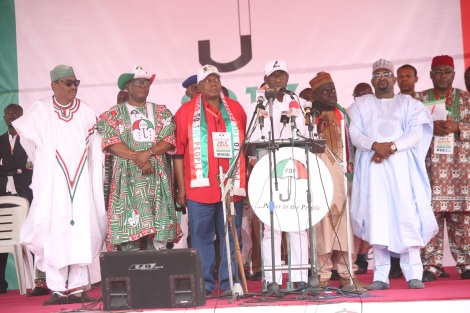