In a bid to transform Delta state beyond complete dependence on oil, the state government has initiated five key areas to sustain it in the future.

This is just as the state government has allocated and granted Certificates of Occupancy for 6,000 hectares, equivalent to 14,826,000 Acres of land to boost cassava production in the state alongside a processing plant for the international market.

The Delta state Commissioner for Information, Barr. Chike Ogeah, revealed that the Governor Emmanuel Uduaghan-led administration has concluded plans to sustain its economy with these key capacity building initiative, which is part of government’s drive to move the state beyond oil.

Ogeah said in a statement made available to Blank NEWS Online that the five key areas are Small and Medium scale enterprises, tourism, sports, Information and communication technology and agriculture.

While mentioning that countries like Brazil, China, South Africa, Malaysia and India built their economies in these areas and had been doing well for the people, Ogeah affirmed that Delta state government has decided to use these same key initiatives to develop the state beyond total dependence on oil, which has become the mainstay of the economy.

“What we are saying is that those resources we are earning today, which we might not continue to earn, let us use it to build capacity in the other major areas that we can have comparative advantage.

“And basically in Delta, we have found about five of those key areas most countries have used to make the quantum leap from under developed, to developing and developed countries in within twenty-thirty years.

“We are talking about bricks countries, and I will give the names of those. Countries like India, like you know,  Brazil , Russia, South Africa China, this is what they have used to make that quantum leap.

“The Malaysians came and took palm seedlings from here in the seventies, see what they have done, see how  they have diversified their economy. Most of those Asian tigers, that was what they used.

He however said that since some Asian countries used the SME’s to build small businesses, created employment, used micro finance banks to create big multinational banks, “for us in Delta, we will also grow on Small and Medium Scale Enterprises (SME) which are the five critical areas and great catalyst for sustainable growth.”

The commissioner further disclosed that the state government has also made plans to use tourism to make Asaba the capital of Nollywood and home for entertainment, adding that the Asaba International Airport would have a green house zone, where agricultural product would be processed and exported without problems.

“We keep saying that our beyond oil is a journey , it is not a destination,’’ he said. 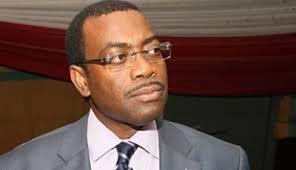 In another development, the Delta state government has decided to lead the drive to boost cassava production in Nigeria for export as Governor Emmanuel Uduaghan, CON has allocated 25 hectares for the establishment of a processing plant in Abraka and an additional 6,000 hectares for the development of commercial cassava farms to supply the plant.

In a statement signed by the Delta Commissioner for Information, Chike Ogeah Esq., and made available to Blank NEWS Online, discosed that the Minister Agriculture, Dr. Akinwumi Adesina, praised the efforts of the state government for being the only state to have provided land for the plant with additional land for commercial cultivation.

“The Certificate of Occupancy (C of O) for the two locations have been issued to the Federal Ministry of Agriculture by the Delta State Government and Delta remains the only state to have provided land for the plant with additional land for commercial cultivation”, Adesina had said.

According to Adesina, “18 large-scale cassava processing plants each with 72,000 metric tonnes processing capacity are to be established in various parts of the country under the programme aimed at having Nigeria make an in-road in the global cassava market.”

Adesina commended Dr. Uduaghan for his concerted efforts at revolutionizing agriculture in Delta State, noting that by promptly allocating land for the cassava project, the governor has laid the foundation for the state to emerge as the cassava basket for the country.

“I was pleasantly delighted when I arrived to receive the news that the Governor of Delta State has already allocated 25 hectares of land for the establishment of the plant and an additional 6,000 hectares for the development of commercial cassava farms to supply the plant. I have the C of Os for theses with me right here”, Adesina stated, thanking Uduaghan for “showing patriotism and supporting your cassava farmers.”

The agriculture minister who spoke at the 9th All Nigerian Editors Conference of the Nigerian Guild of Editors in Asaba said Delta’s prompt intervention in cassava programme will fast track Nigeria’s quest to reduce the N127 billion import bill on wheat flour through the incorporation of 20 percent high quality cassava flour into the production of composite flour with wheat to produce bread.

The minister said Nigeria has secured contracts to supply 3.2 million metric tones of cassava chips to China and arrangement are underway for the Africa Export-Import Bank to provide a loan facility of $40 million to cassava chip exporters. Nigeria  expects to earn over $800 million from meeting the supply contracts to China.